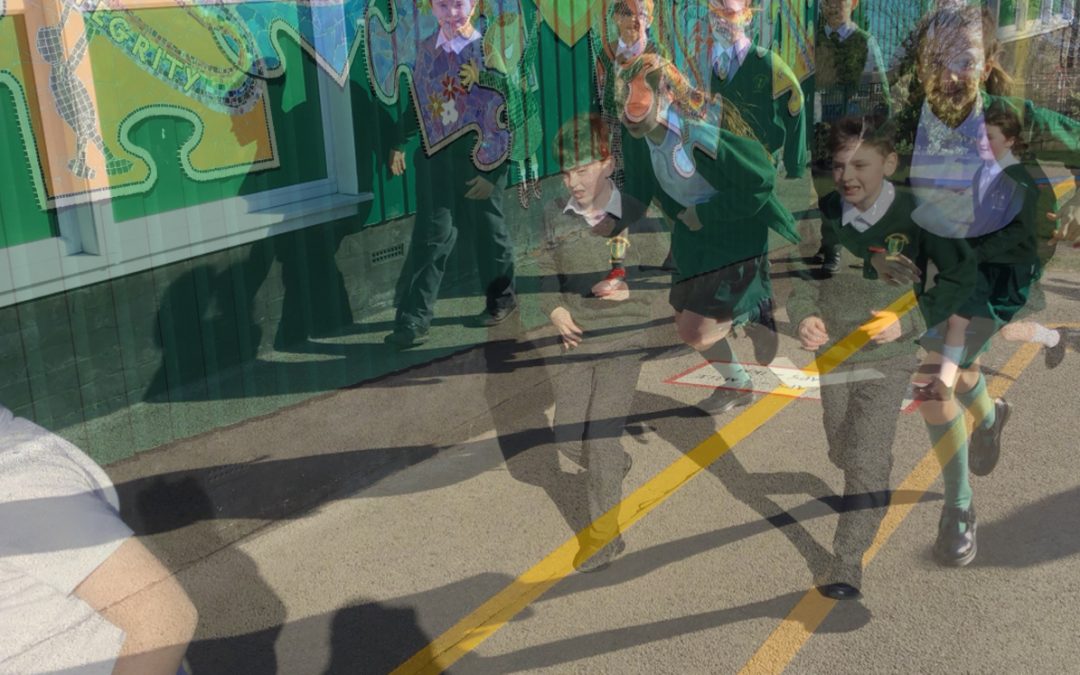 In early March, road marking contractor L&R Roadlines and Hitex Traffic Safety (both part of the Hitex International Group) have installed a playground running track made from thermoplastic road markings, on a local school playground to help the pupils get into training for a 5km ‘Race for Life’ event.

The Race for Life 5k is a series of events around the country that give people of all ages, backgrounds and abilities the chance to come together and show cancer who’s boss. They’re not races, or runs, and everyone wins the Race for Life.  The pupils and staff at the school, St Bartholomew’s, Rainhill, are taking part in the event to raise money and awareness for one of the school’s children.  The school also hopes that using the track on a daily basis will lead to healthier and happier children long term.

Elaine McDermott, St Bartholomew’s School Business Manager, commented “Suffice to say that the children are delighted to be outside every day.  The staff too are thoroughly enjoying the daily mile run.  As I mentioned, during Lent the children and staff are raising funds for Cancer Research, in support of one of our children, once again thank you and your colleagues for your generosity.”  But it was not only Elaine that wanted to comment on the newly installed track, the pupils got involved as well:

“The track is fun and helps us get exercise.” Evan

“I like that it says how many laps and also that we can jog or walk.” Emily

“It’s a good idea and during Lent we are raising money for a very good cause.” Lilly

“It’s a good idea to get people healthy and to get them outside.” Annabel

“I like it because I am good at running bur it’s a bit too big because I get tired.” Flynn 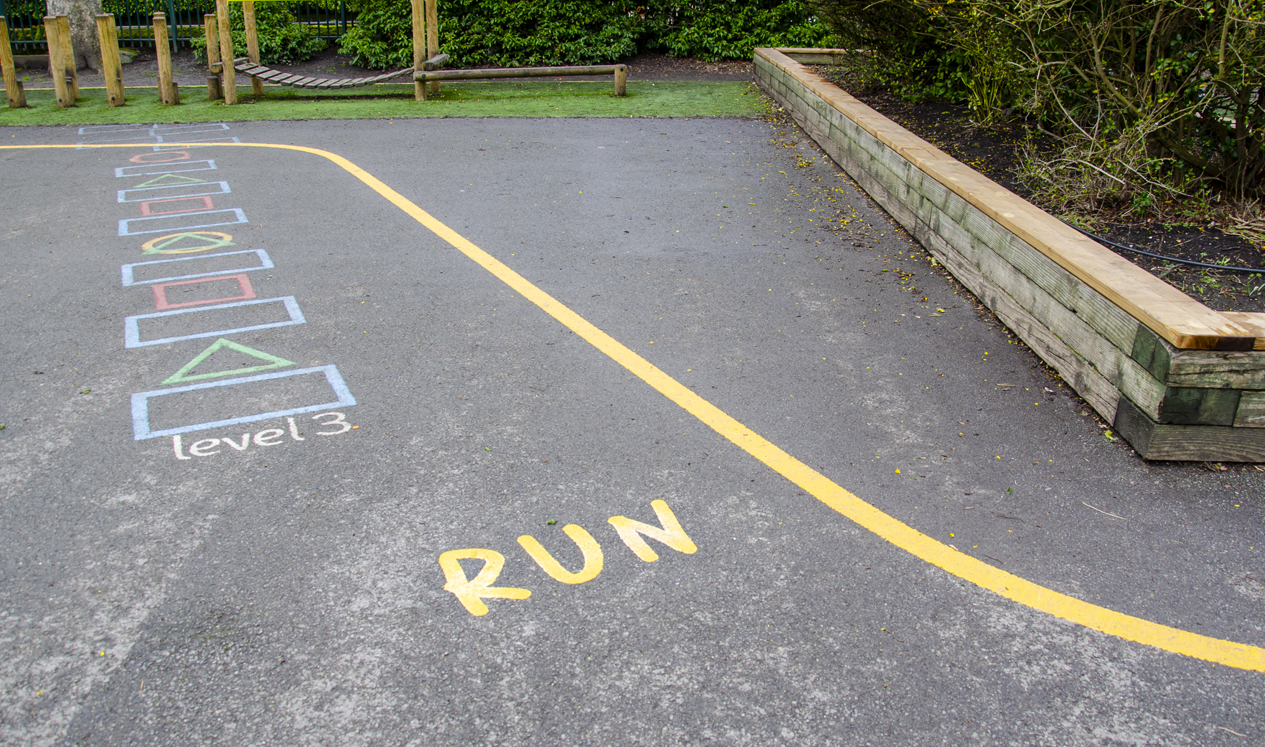 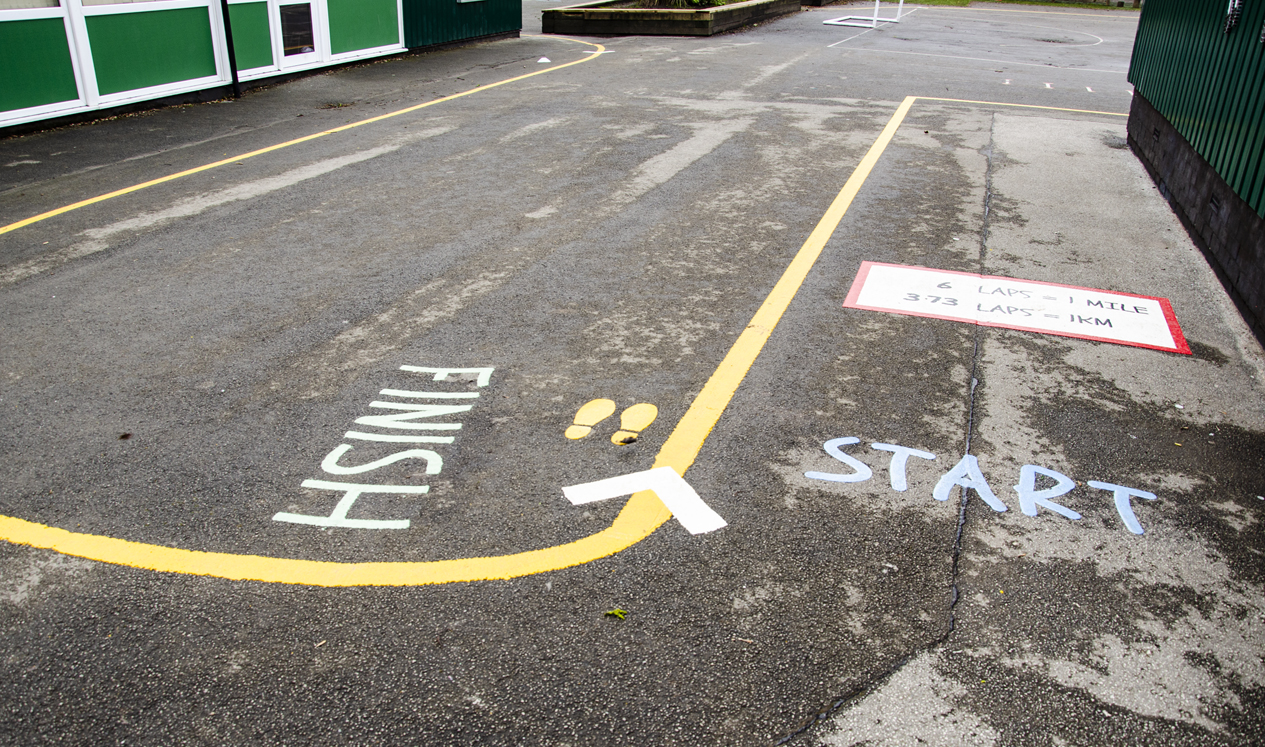 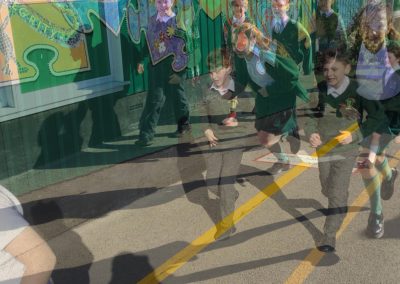 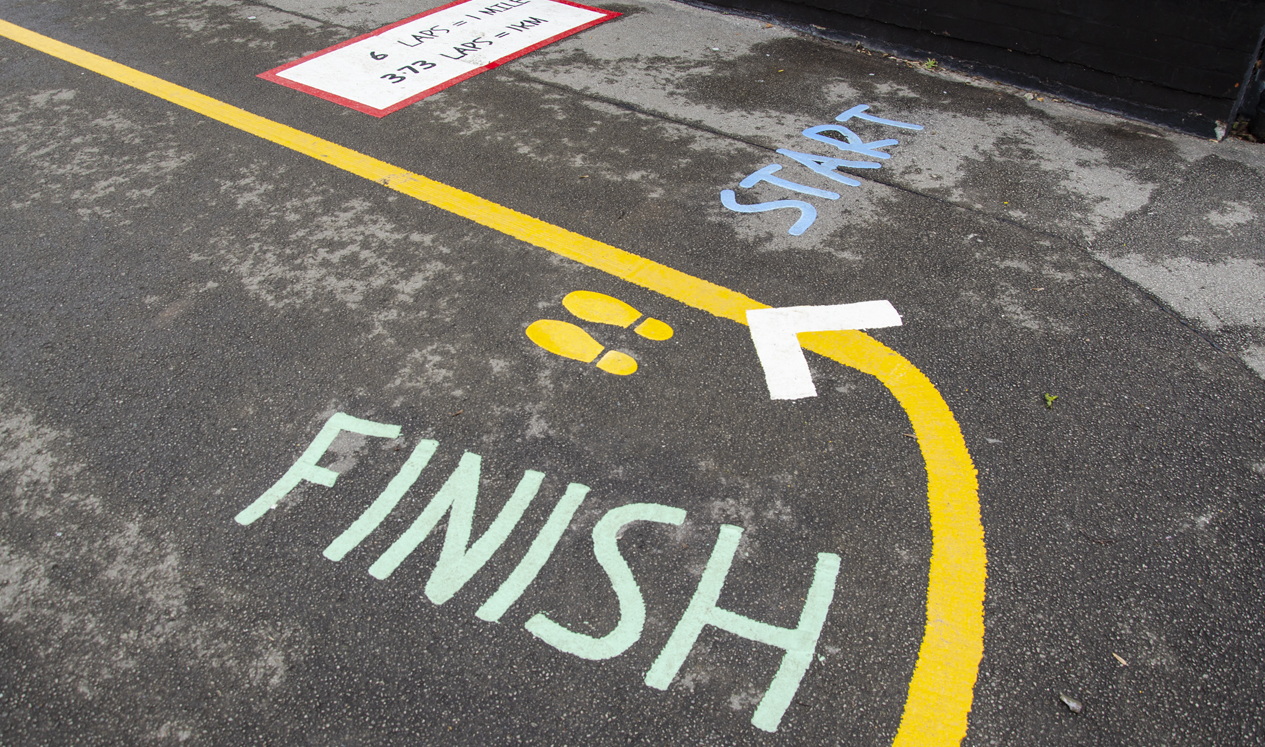 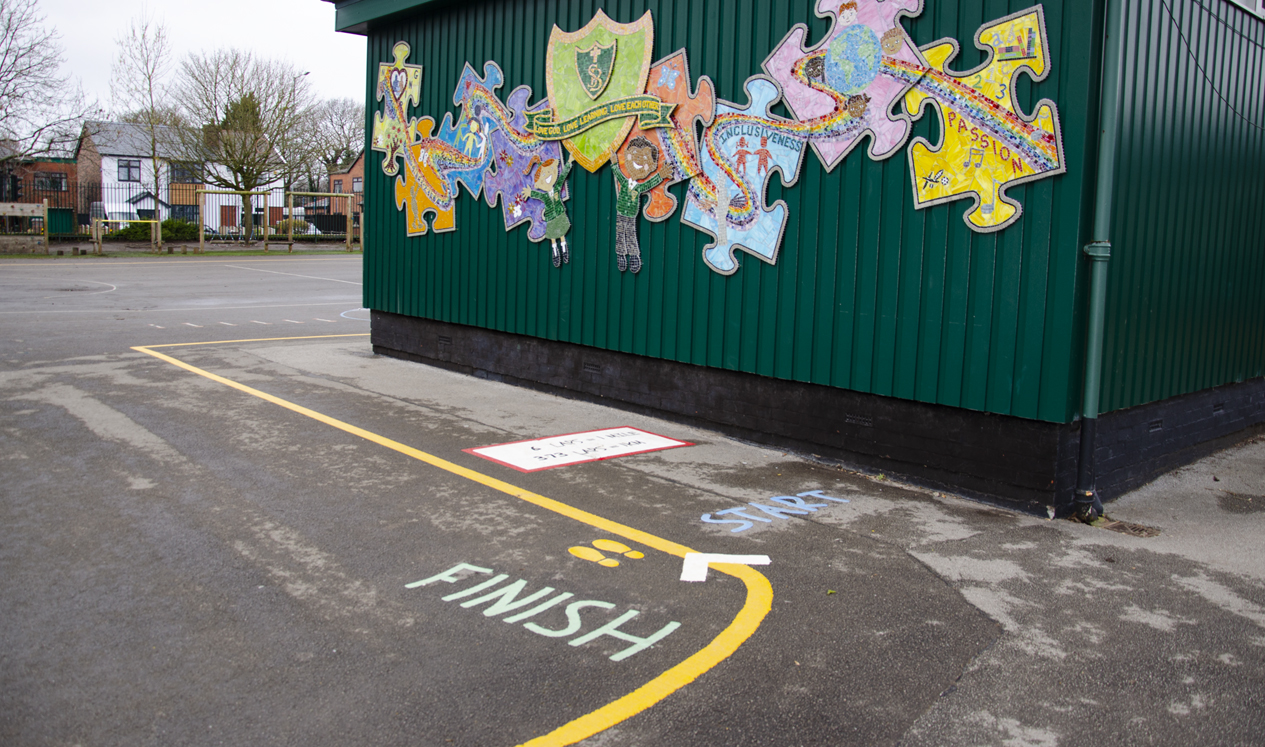 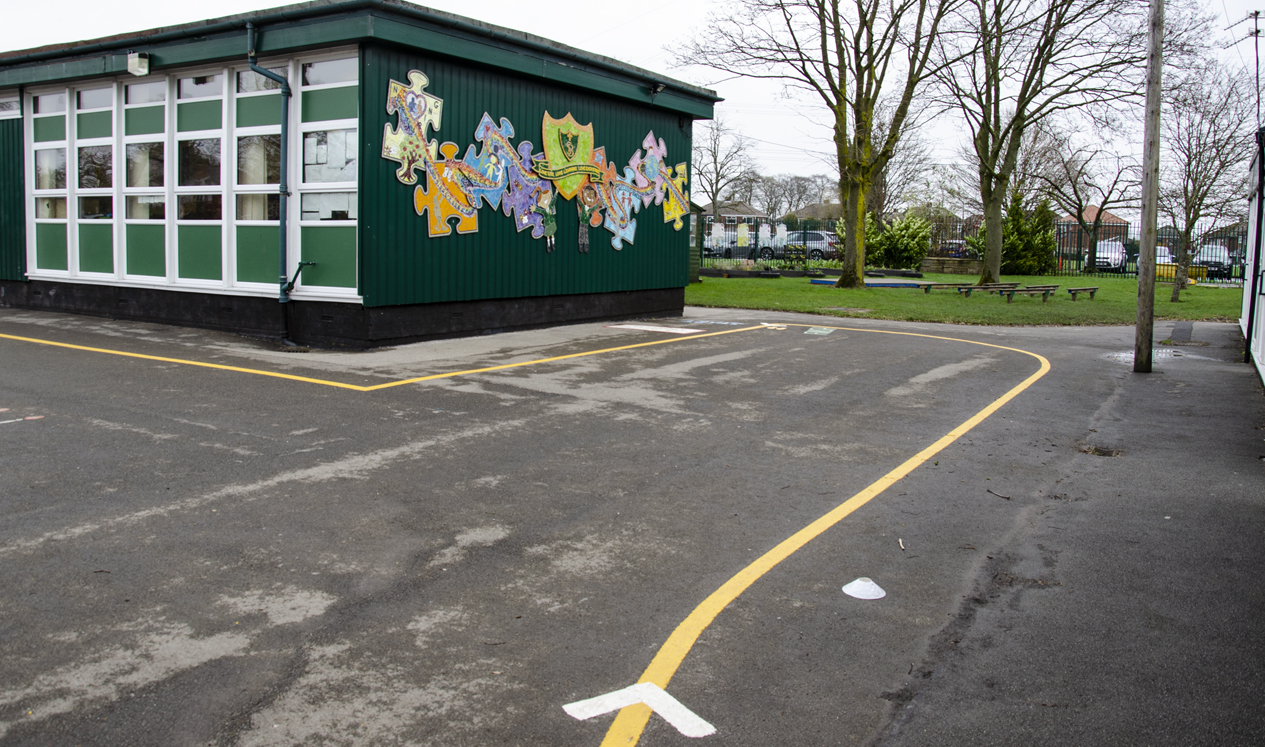 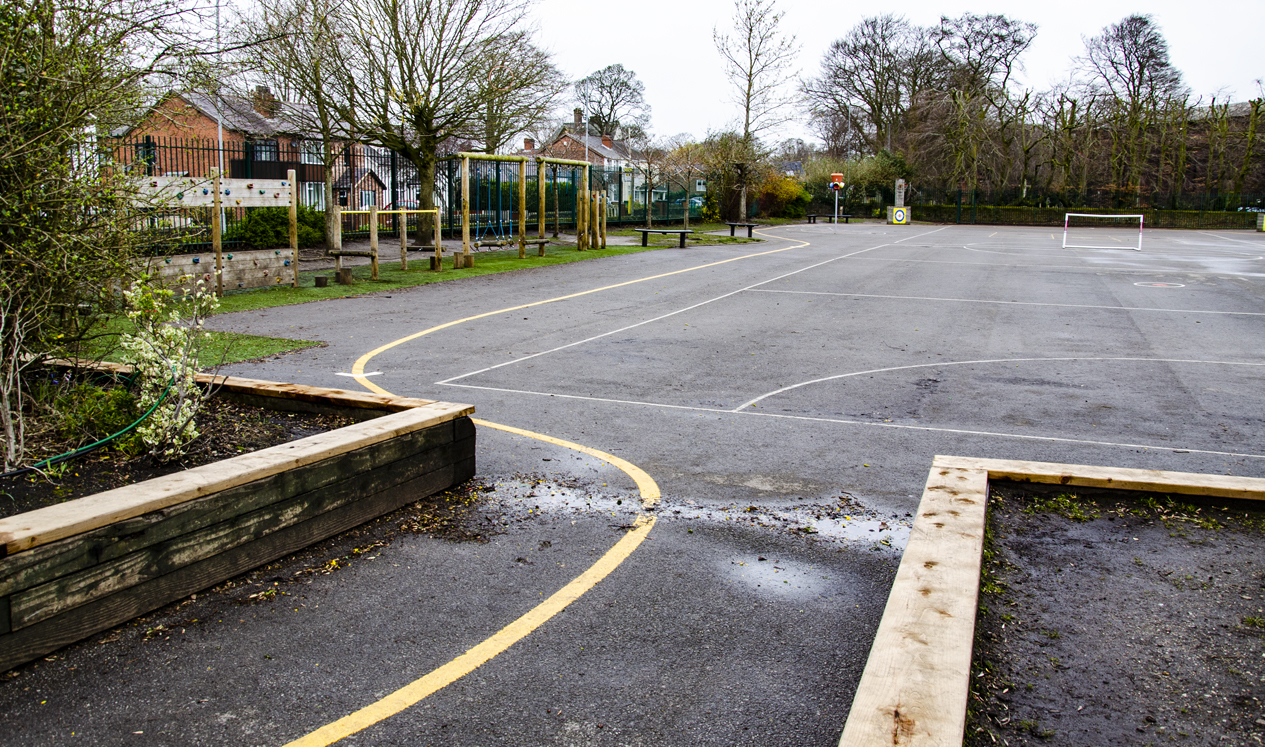