L&R Roadlines lay down the foundations for schools fitness initiative 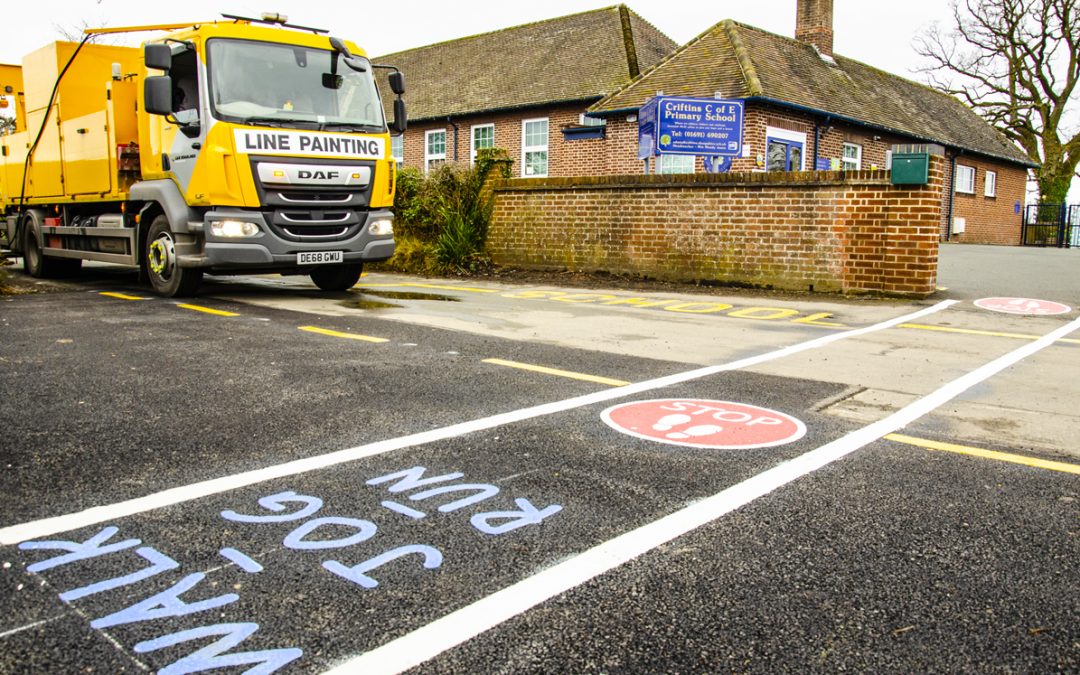 During the February half term, road marking contractor L&R Roadlines and Hitex Traffic Safety (both part of the Hitex International Group) have been helping 17 local schools in the Shrewsbury area with an initiative to start children on the right path of keeping fit.  The scheme will help children become active by walking, jogging or running one mile a day, which will hopefully become a lifelong habit.

The initiative involved the set up of a running track at each of the schools, however with no markings on the tracks it would be very difficult for the children to know how far they have travelled; enter L&R Roadlines.  Paul Evans, Contract Supervisor at L&R Roadlines, co-ordinated the work with the schools over a 3-month period with companies such as WSP, Kier and Tarmac.  “When I heard about what the schools were doing, I immediately knew L&R would want to get involved.  It has taken some time to liaise with the schools to find out exactly what was needed but it is great to see the work finally taking place.”

Each of the schools were given a ‘Walk-Jog-Run’ pack which included preformed thermoplastic markings such as start and finish lines, distances and sets of footprints to make the exercise a bit more fun from the children.  The 17 sets of thermoplastic markings were produced and donated by Hitex Traffic Safety.  HiFlex preformed thermoplastic markings are durable, colour stable markings with a simple torch on application that are precision cut with high pressure water technology at a production facility in Ellesmere Port, UK.  “Our plan was to complete all works in the schools around the lining work that we are currently carrying out in the local areas.  Having a product so quick and easy to install has made working on the schools through the half term break much, much easier for us.“ Paul added.

The first school to get their Walk-Jog-Run markings installed was Criftins C of E Primary School, Ellesmere.  Headteacher Mandy Jones commented, “We are so grateful to L&R Roadlines for their generous contribution to this project.  From the outset Paul Evans has put the needs of the children at the forefront of his thinking.  We are absolutely delighted to have this fantastic resource which will benefit all our pupils and community both now and for many years to come.  The team have done such a professional job which was essential in such a rural community.  The track itself opens up a wealth of fitness opportunities for all abilities in addition to the benefit of getting out and enjoying the great outdoors every day of the year.  I cannot thank the companies – WSP (Ben Corfield), Kier (Steve Ash and Andy Lawrence), Tarmac, (Mathew Pugh) and L and R Roadlines (Paul Evans) enough, for their vision and engagement with the schools. ”

To find out more about road marking contractor L&R Roadlines and the work that we do click here. 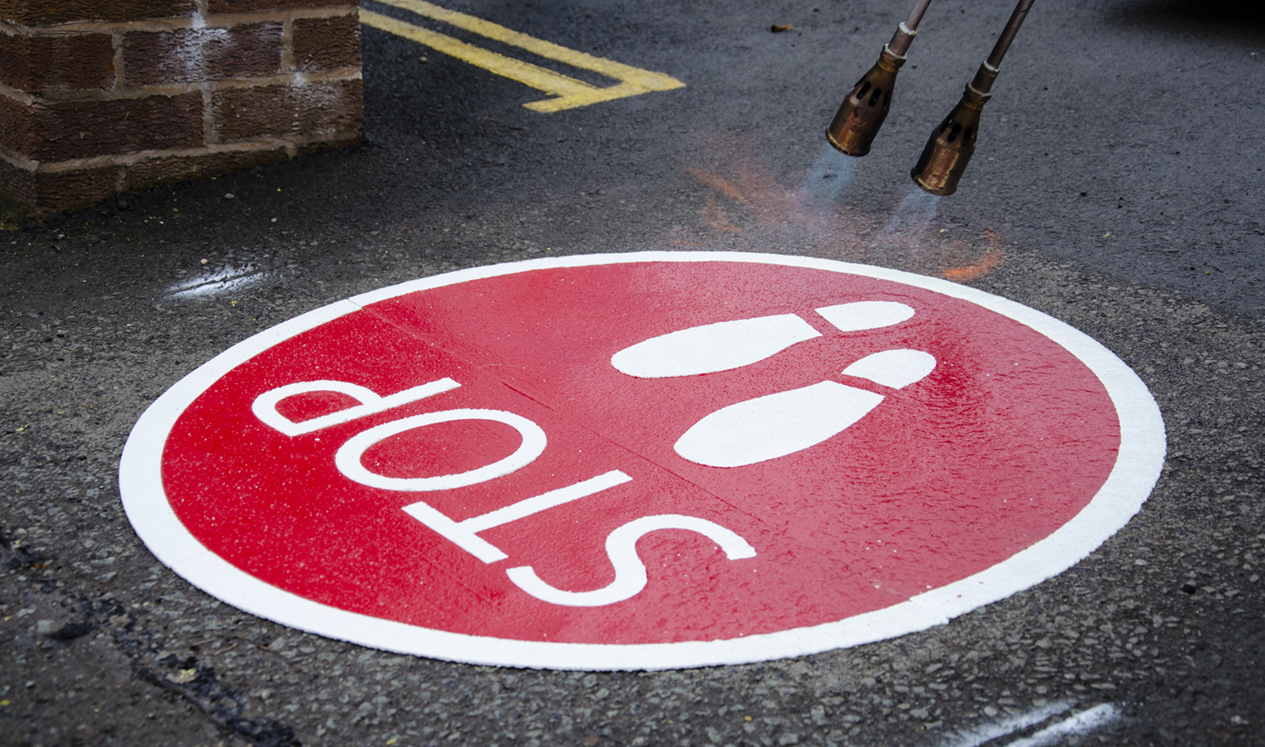 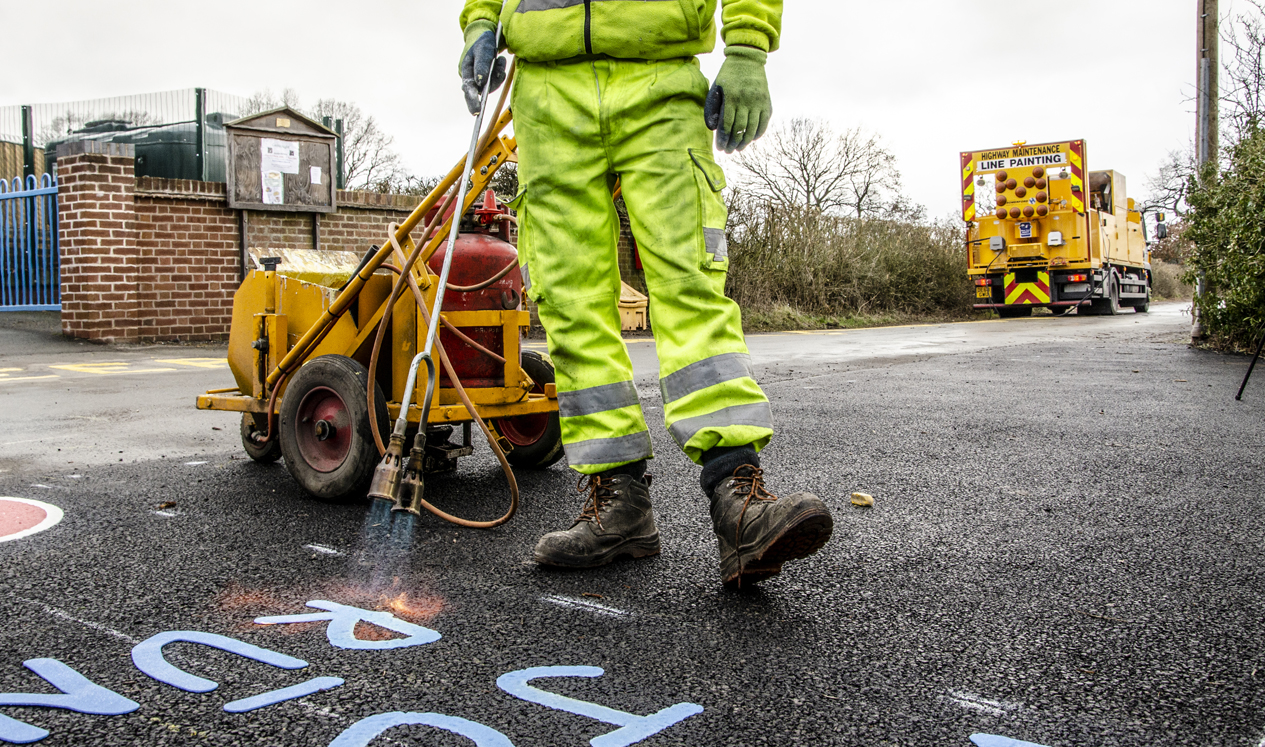 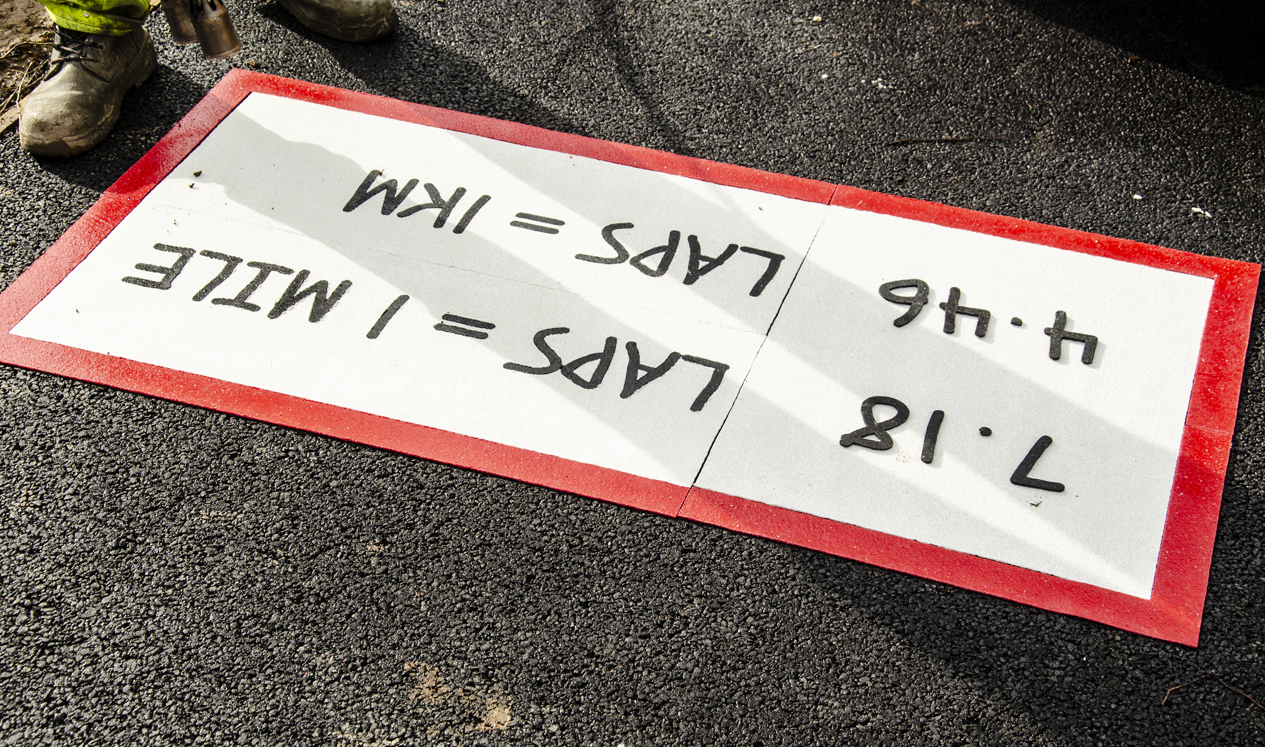 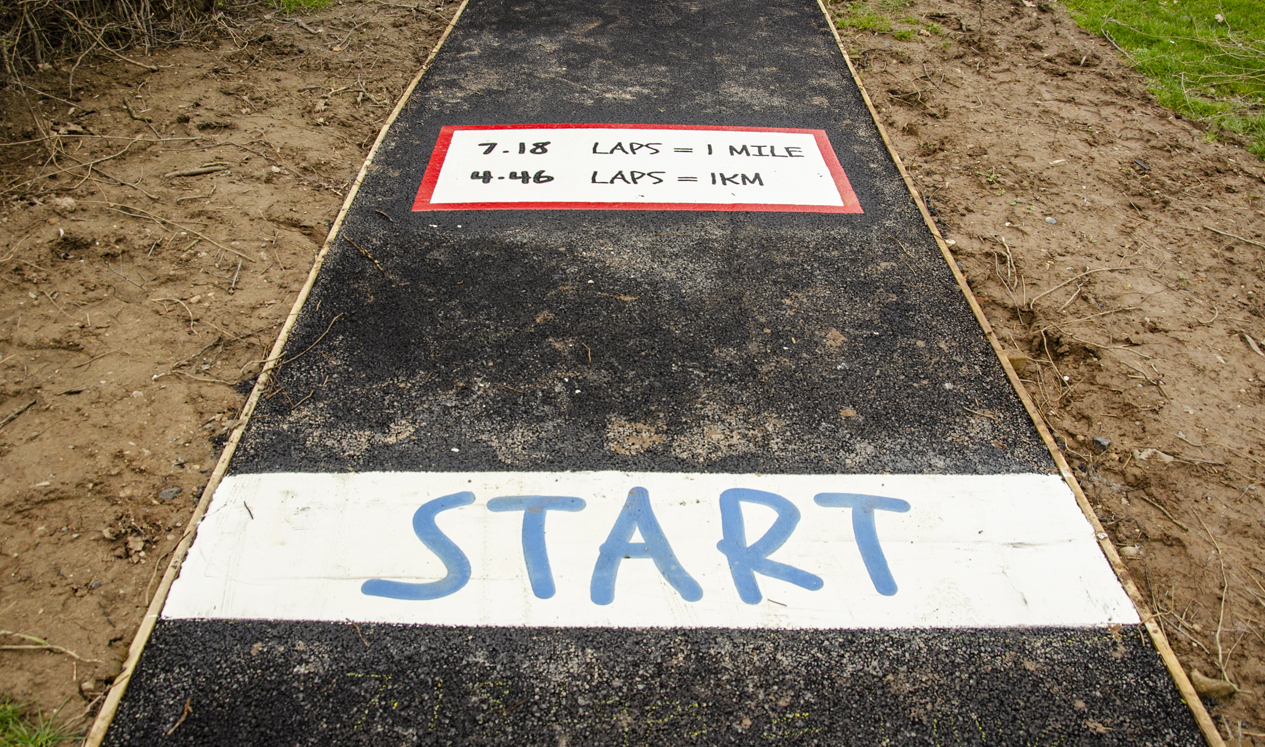 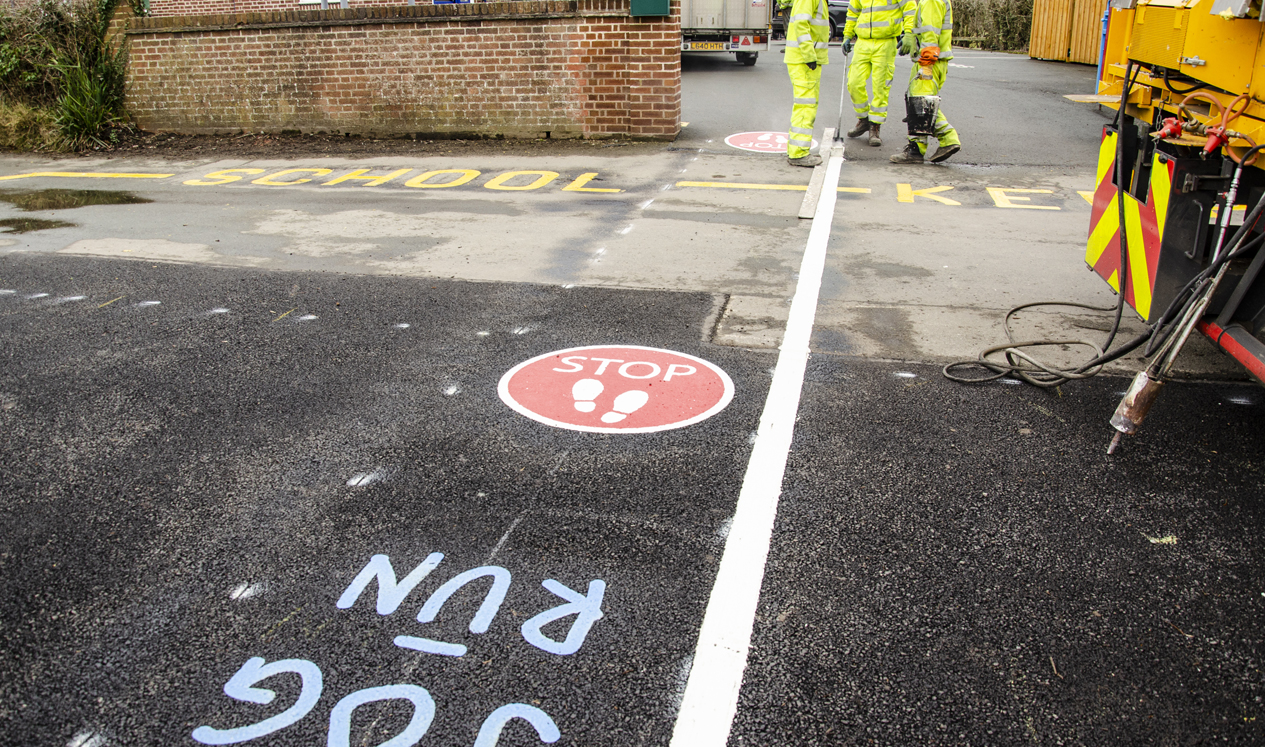 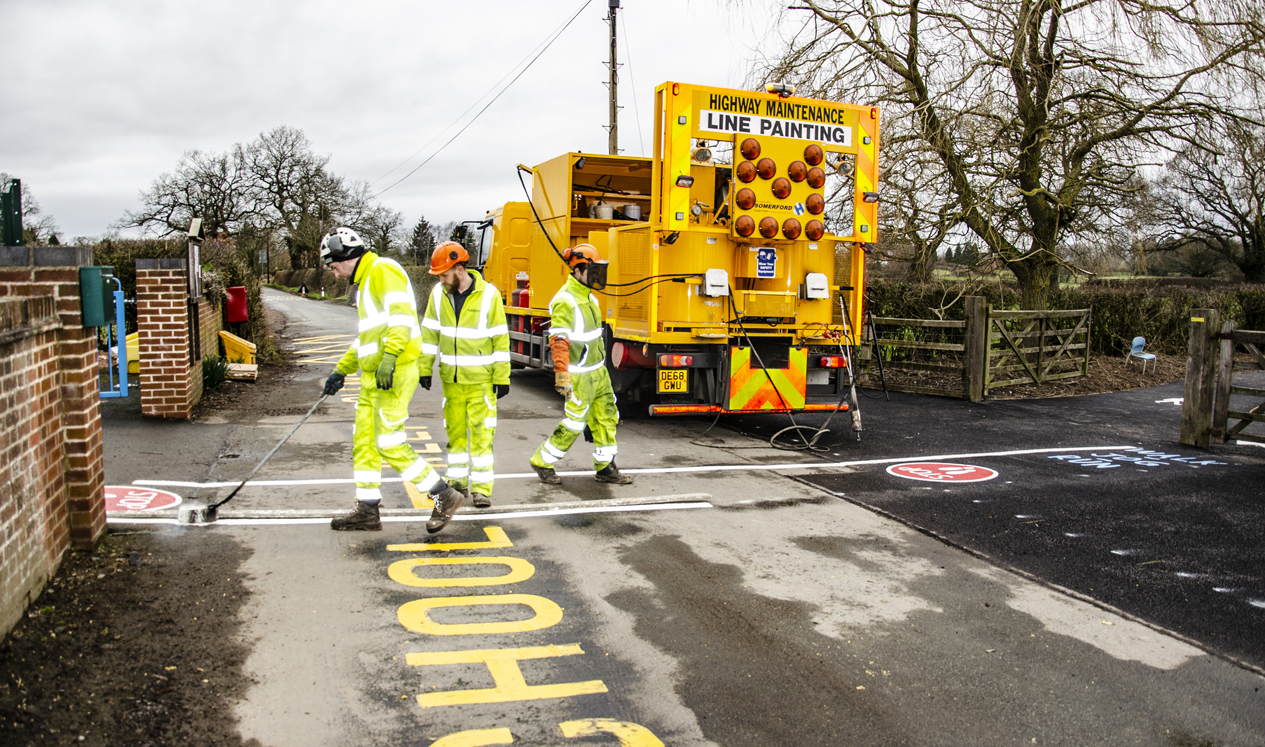 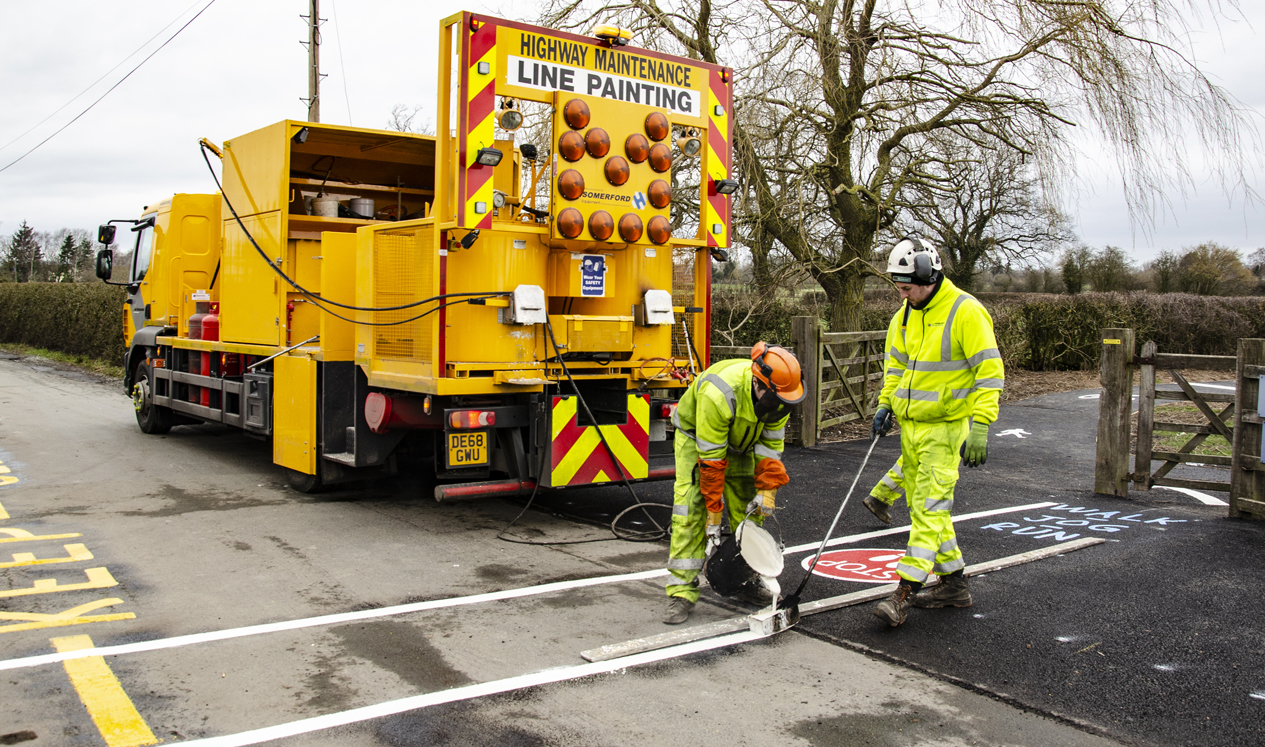 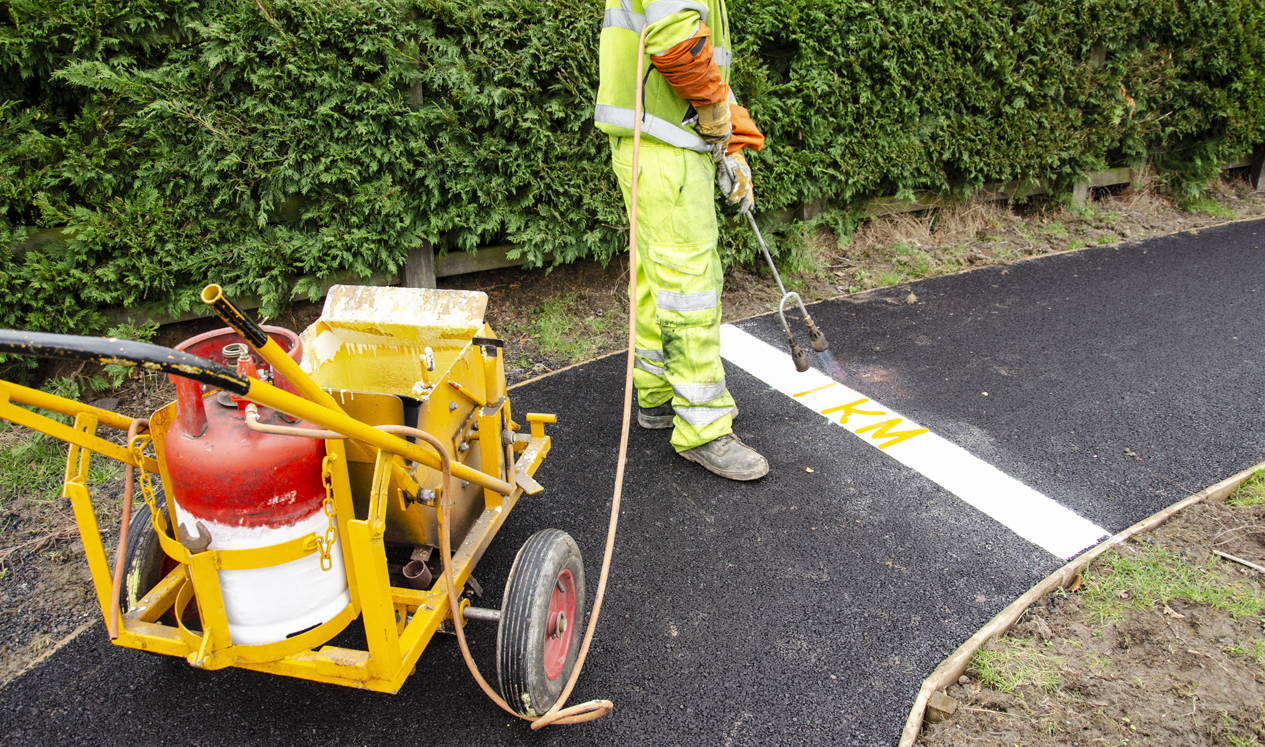 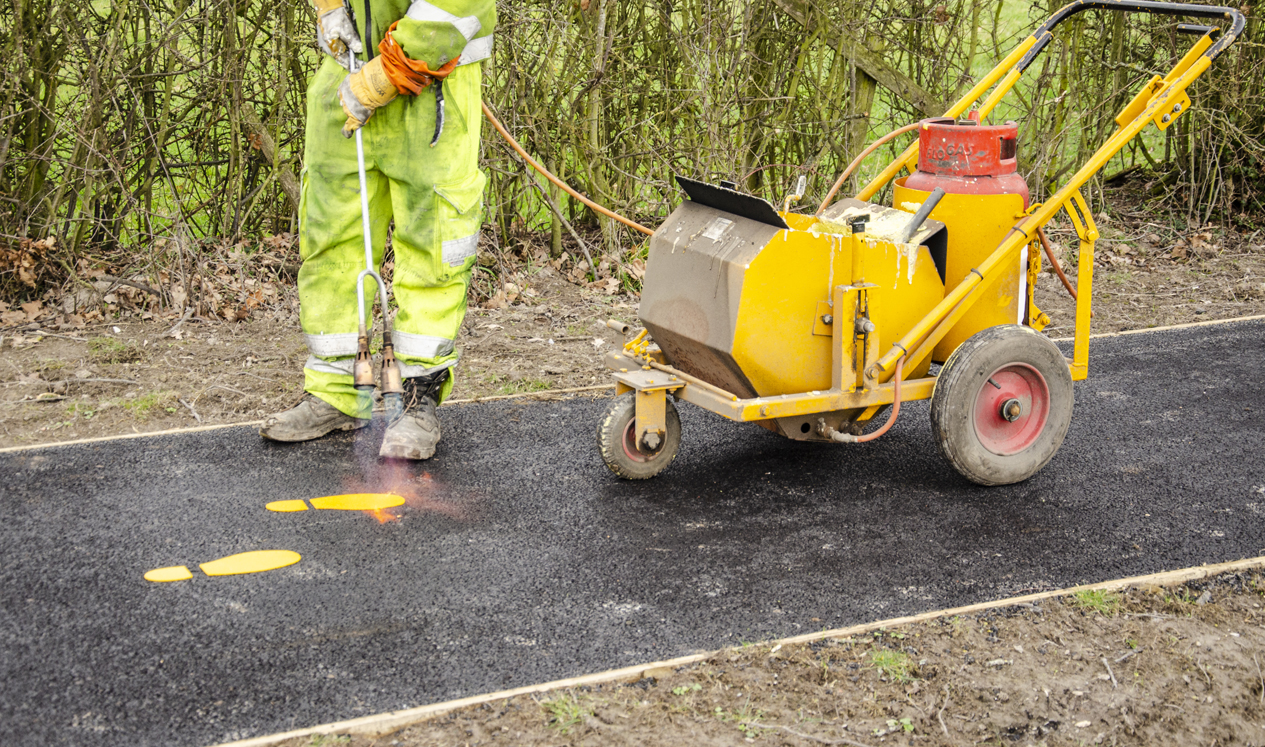 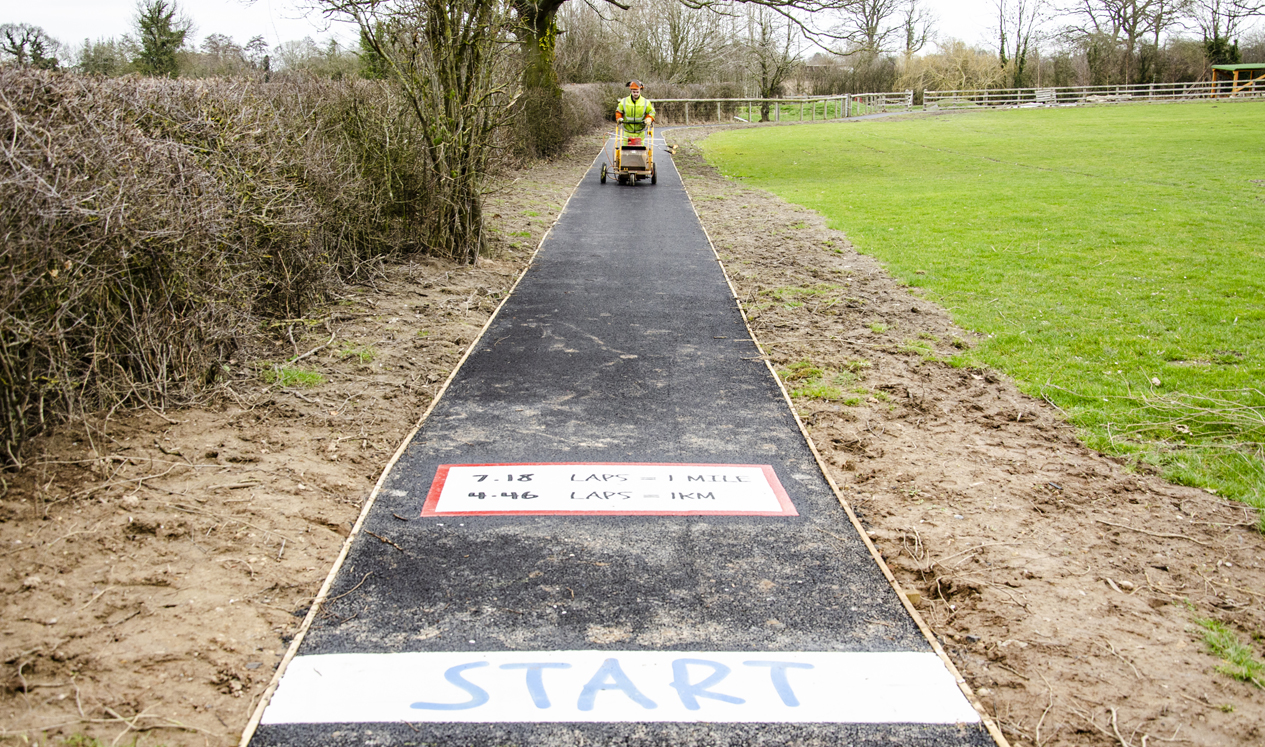 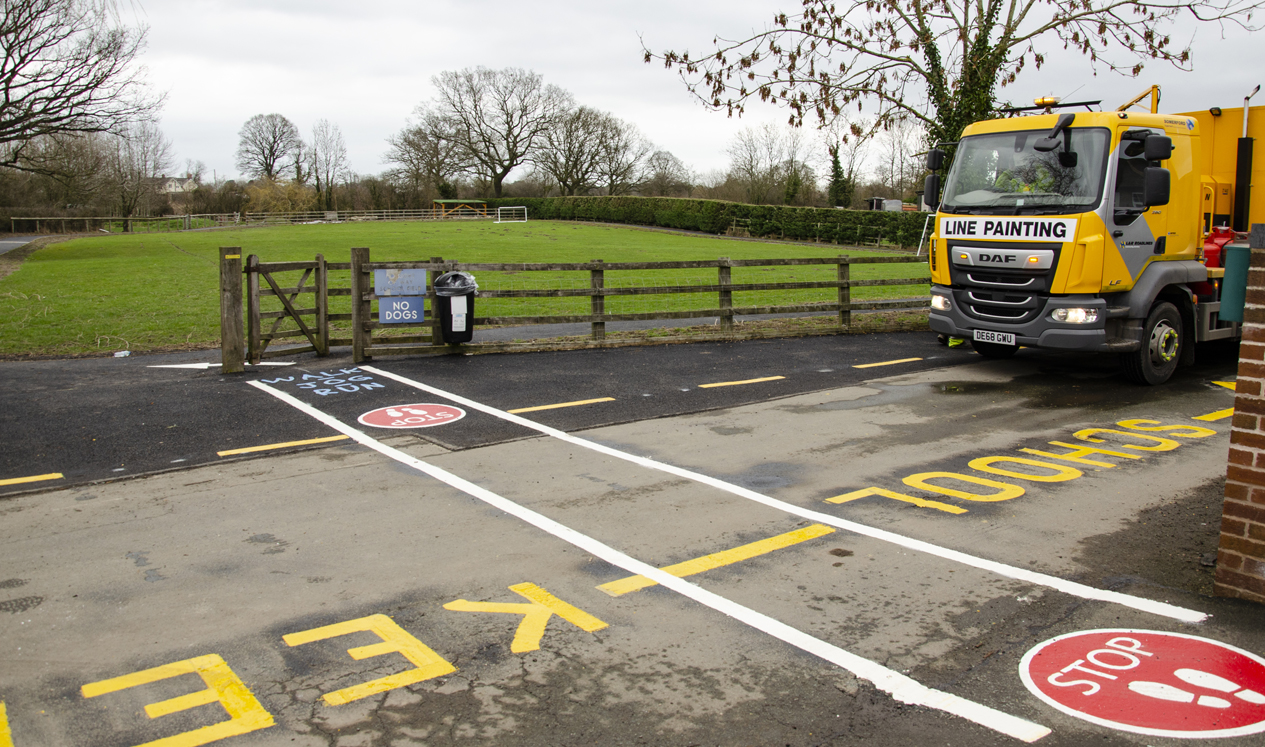 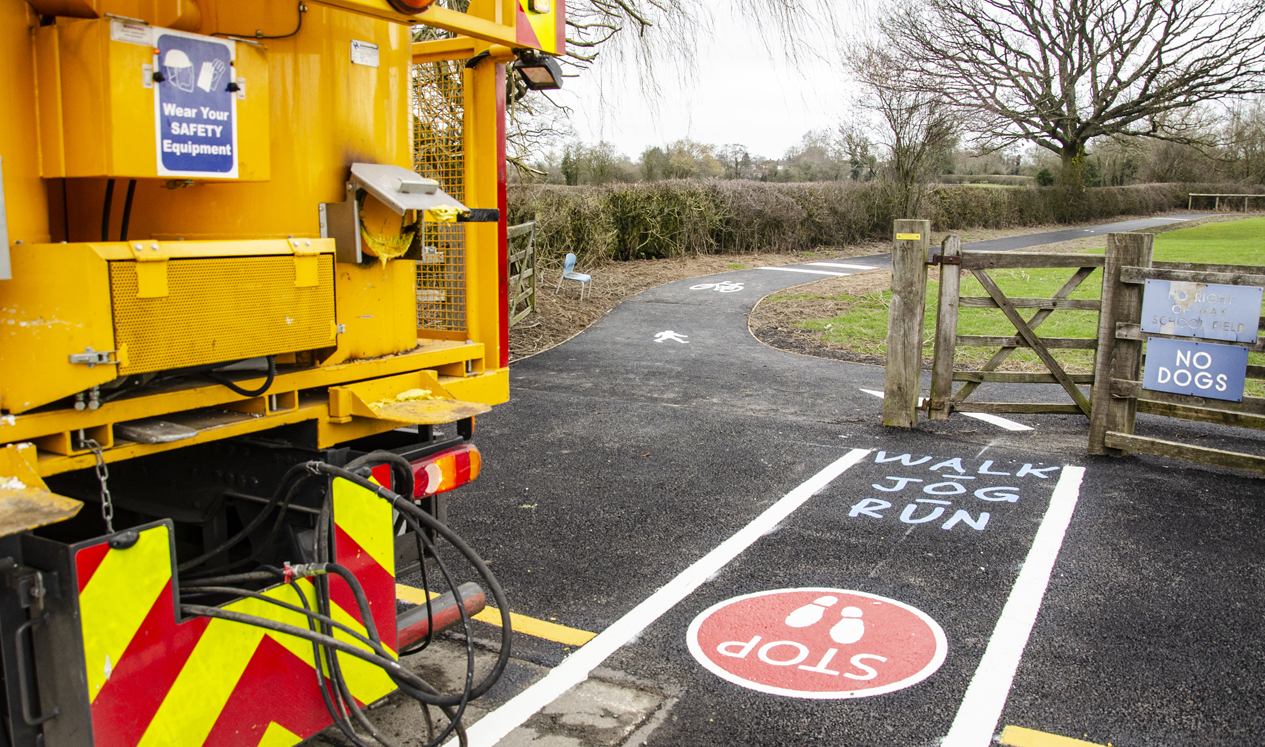 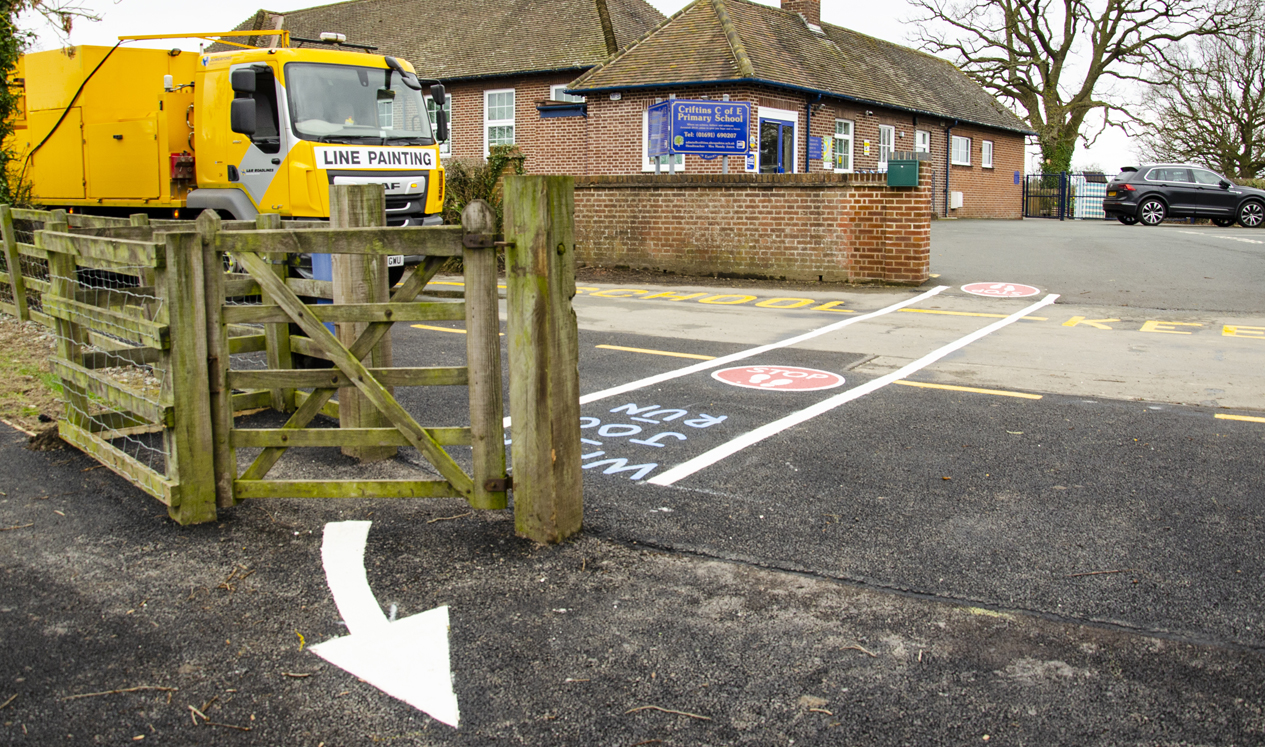 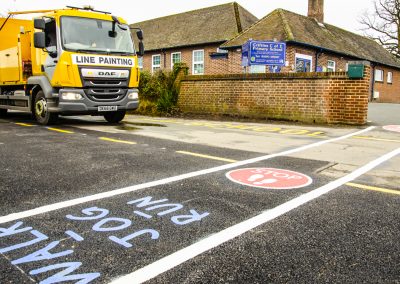